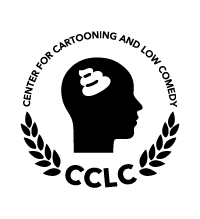 Center for Cartooning and Low Comedy, Bremen The CCLC is dedicated to the practice, research, discussion and promotion of cartooning and low comedy. It sees cartooning not merely as an artistic form, but also as an ethical and intellectual stance, as a way of being in the world. Low comedy, in this context, means cartooning with other means, such as

END_OF_DOCUMENT_TOKEN_TO_BE_REPLACED

The Most Dangerous Job in the World Inaugural lecture series of the Center for Cartooning and Low Comedy, Bremen Recent cultural and political trends have brought about new restraints and challenges for cartoonists and comedians. Political caricature, in many contexts, has become a dangerous pursuit. Simultaneously, cultural and political life, has been emulating cartoons ever more closely. For the past